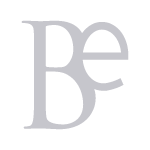 Basque Experiences in the press…. An informative

By adminKudetek
12 Jan 2016
Basque Experiences in the press…. An informative article written up by one of our clients after we took them on a private tour of the pintxos scene in Bilbao:
‘Pintxos of Bilbao’, a great article published in the 19th December 2015 issue of the Wall Street International.

After a failed attempt to reach Bilbao and Pamplona in 2014 — our flights from Frankfurt were cancelled two days in a row — my husband and I landed in northern Spain a year later. It had been 18 months since we booked our first ill-fated trip. So what would we do on a long-anticipated afternoon in Bilbao?

We could have pretended to be art aficionados musing over modern sculptures at the Guggenheim, or gone to another cathedral. After six years of hectic sightseeing in Europe, we chose to eat pintxos and down a few too many glasses of txakoli wine while struggling to remember vocabulary from high school Spanish.

Bartenders once gave small complimentary snacks to imbibing patrons. The name pinchos, or pintxos in the Basque language, originates from the Spanish word ‘pinchar,’ which means ‘to pierce’ or ‘to prick,’ as these appetizers were skewered on toothpicks. The original pintxos were meat, cheese or cured fish on bread. More recent innovations mix Basque and other cuisines; bread and toothpicks are optional. Txakoli, a light white from Basque Country, is a typical accompanying aperitif.

Today, pintxos are a mainstay of Bilbao’s culinary scene for bilbaínosé and tourists alike. Travel companies have caught onto the craze, offering bar-hopping excursions. Though a guided trip is not necessary, we booked a Basque Experiences private pintxo bar tour for pintxos plus a side of history.

In modern Bilbao, the environment of pintxo bars varies as much as the morsels on offer. Travel websites provide often-contradictory advice about what you should and shouldn’t do. On a tour, your guide will explain the dos and don’ts. If you’re on your own, watch others and inspect your surroundings to answer these questions.

• Do I take them myself or am I served? Expect to be asked for your order if there are partitions between you and the food and no stack of small plates in plain sight. Of the dozen places I visited in northern Spain, not one was self-service.
• How do I eat them? Pintxos are finger foods and bread a utensil.
• Do I throw used napkins on the floor? If you see them in huge piles below the counter and clientele of older locals, it’s probably OK; otherwise, don’t do it.
• Do I pay as I go or at the end? Most of the time, you pay when you are ready to leave. Pintxos are often one set price (usually a couple of euros), so you tell the staff how many, not what, you had.

Our tour included one (alcoholic or non-alcoholic) beverage and one pintxo per person at each of five bars.

We met our guide, Erik, at a traditional tavern on Poza Lizentziatuaren Kalea, advertised only by a wine barrel next to the entrance. More empty barrels lined the walls, representing a time when wine did not come in bottles.

Our wine arrived in a porron, a pitcher that looked vaguely like a laboratory flask. Erik demonstrated the proper way to drink: head back, tilted nozzle aimed above the mouth. I think it’s called a porron because I poured wine on my face and clothes. My husband, on the other hand, had no trouble and teased me for making a mess.

Erik chatted with a friendly woman behind a kiosk, who prepared humble and delicious bites incorporating marinated, canned fish that had been caught in the nearby Bay of Biscay. When we finished, we hesitantly dropped our napkins to the floor as instructed.

Globo was only our second stop. But I wanted to stay and try everything from the smorgasbord: curried couscous in puff pastry, fried calamari, goat cheese and chutney.

We selected squid, cod and crab, each topped with cheese and warmed in the microwave (a common pintxo practice). I was immediately worried that the delicate seafood textures would be ruined — far from it.

We walked along Calle Ledesma Kalea, a pedestrian street lined with pintxo bars, until we reached Bilbao Berria. At this high-class establishment, orders were made on demand, and we watched the chef work quickly in the open kitchen.

Pan-fried foie gras, steak and fried onion strips, and tempura shrimp arrived with silverware instead of bread. The pintxos were expertly cooked and seasoned, and I was glad to forego the extra carbs.

Next on the agenda was Visenta for the most eye-catching spread of filet mignon stuffed eggplant, sea urchin soup in spiny shell bowls, scallops au gratin and many more. Here I had the tastiest, most dynamic flavor fusions of all: jamón, fried quail egg and sautéed pimento de padron (a mild Spanish pepper), and foie gras with caramelized apple.

Artajo was a middle ground between the tavern and Globo. Foreigners and residents munched on mini hamburgers, baguettes and olive kabobs and tossed their napkins on the tiled floor. We found just enough space in our full bellies for a finale of deep-fried peppers.

We returned to our hotel inebriated and stuffed, the ideal combination for the beginning of our vacation. And we couldn’t imagine a better way to spend our one day in Bilbao.

My France with Manu